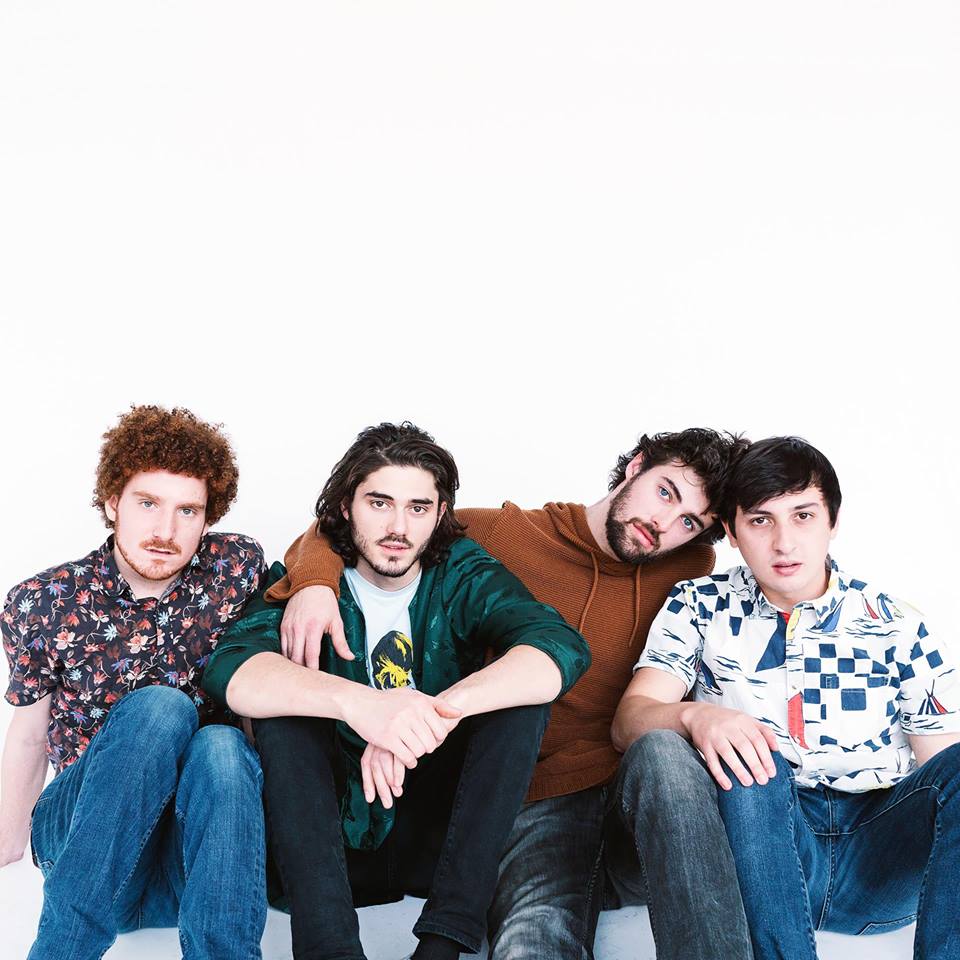 When we walked into the High Watt’s Green Room, Active Bird Community’s lead singer Tom D’Agustino was woken up by bassist Zach Slater. “It’s really cozy”, D’Agustino says with a sheepish grin. Slater later confessed that a downside to touring was the constant exhaustion.

We sat down to speak with D’Agustino, Slater, and lead guitarist Andrew Wolfson. “No idea where Quinn [McGovern, drums] is”, D’Agustino tells us. This October 13th concert at the High Watt was their first time playing Nashville, a stop on their nation-wide headlining tour.

D’Agustino lounged on the couch, occasionally puffing on his Juul between answers. Tall, lanky, and outfitted in Vans and pants that don’t quite reach his ankles, he looks like the dark-haired indie rocker you’re in love with. He’s the de facto leader of the group, but Wolfson’s the dad figure in a turtleneck and khakis, perched on a stool across from the couch Slater and D’Agustino are slouched on.

What sets ABC apart from other bands is that the three we’re sitting with have been playing together for ten years, since their middle school days. Their familiarity shows. At one point, D’Agustino leans over to snuggle against Slater. How have they evolved? “From bad to good”, or “shitty to OK”, they say with a laugh. Their songwriting complements each other, though Wolfson is the most poetic, D’Agustino explains, as there’s a “universality with his songwriting, with a lot of nostalgia involved, [and] a lot of relatable content”. His assessment is accurate, as any undergrad can relate to the opening to “QB Sneak”: “I’ve had two weeks of bad dreams/now I’m living on caffeine”.

Self described as “relatively approachable”, they’re young, eager, and have a great relationship with their fans, which explains the strong Nashville showing for a band whose most reliable audience is the East Coast. Wolfson frequently hangs out by the merch table (he sold me my ABC shirt back in 2017), but all of them will “come offstage and chill”. They haven’t yet established any pre-show rituals, but McGovern and Slater will shotgun beers before shows (“Quinn’s really good at peer-pressuring me into doing things”, says Slater).  Before their Brooklyn release show, all members partook in an extremely long four-way kiss.

The band is also transparent about the capitalist nature of the industry. When asked about the difficult aspects of touring, they were remarkably honest.

Slater: There’s only so many days you can have off to affordably tour the country. We could have extended this to six or seven weeks and have had so much more downtime, but that’s not manageable. You end up driving between four and eight hours every day and you’re up late, packing the van. You don’t get to do much other than drive and perform. Which is kind of shitty when you’re traveling the whole country and there’s so much you can see but you don’t really have time to do it. It’s totally doable and worth it, but it catches up to you.

D’Agustino: [Along] with the exhaustion, I think more so on other tours, at least for me, [what’s hard] is trying to stay positive. Obviously we’re going to continue supporting bands our whole career, and that’s really awesome, especially when you get to know the bands on a personal level, but it can kind of feel a little transactional.

To combat this, ABC picks and maintains a good relationship with its openers, who have been singer-songwriter Samia and folk artist Shannen Moser.