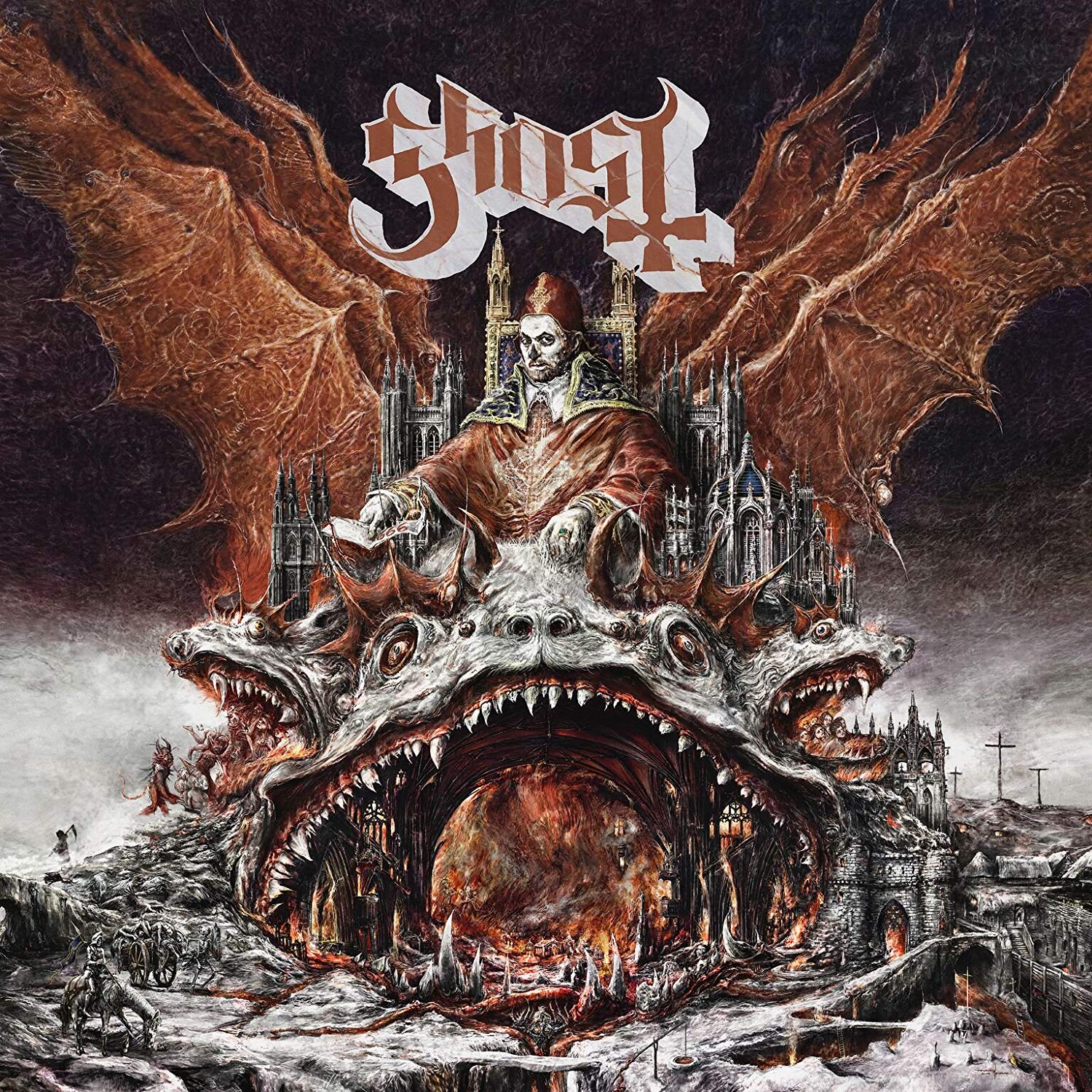 Earlier this year, Ghost released Prequelle, a near-perfect arena rock record dripping with the band’s classic satanic doom-metal aesthetic and dashes of really fun pop glimmer.  Every song on the album fits ingeniously and further establishes the band’s repertoire of new rock classics.  Even the two instrumental pieces continue the energy of the other songs seamlessly, creating a beautifully cohesive album.  Some tracks have lush orchestral intros and outros which act as gorgeous reprises or previews of other melodies on the album and enhance the overall flow.  Somehow, amidst our current music climate of the widespread reappropriation of the sounds and textures of the 1980s, the clear 80s influence on Prequelle still feels fresh and exciting, balanced perfectly against 70s hard rock and 21st century dance sensibilities.  Thematically, the album perfectly intertwines deliciously cheesy imagery of the Black Death with entertaining and incisive disses on some of the former members of the band who levied a lawsuit against the frontman.  At a fairly concise 41 minutes long, Prequelle doesn’t squander a second; every moment on the album feels important.  It’s a strong top 5 contender for my AOTY, and so I had very high hopes for the tour.

I saw Ghost in Atlanta on Friday and they did not disappoint.  Cardinal Copia, the newest incarnation of the lead singer’s persona, certainly brought his famed sexual charisma to the ritual, engaging the audience with a series beautifully delivered lewd comments.  The bandmates (ghouls!) were equally amped up, emoting enough through their music and body language to more than make up for the fact that their faces were hidden behind masks.  The larger ensemble working with Ghost this tour has definitely elevated the musicality of the group’s live performances – backing vocals and added guitar and synthesizers really fill out their sound.

The band pushed the boundaries of what one would expect to hear at a doom metal concert, giving the needed tenderness to ballads like “He Is” and “Life Eternal” while still pulling out all the stops for headbangers like “Faith”.  The new ghouls really brought lush tracks like “Pro Memoria” to life, and added incredible energy for the dance numbers like “Dance Macabre” and “Square Hammer”. 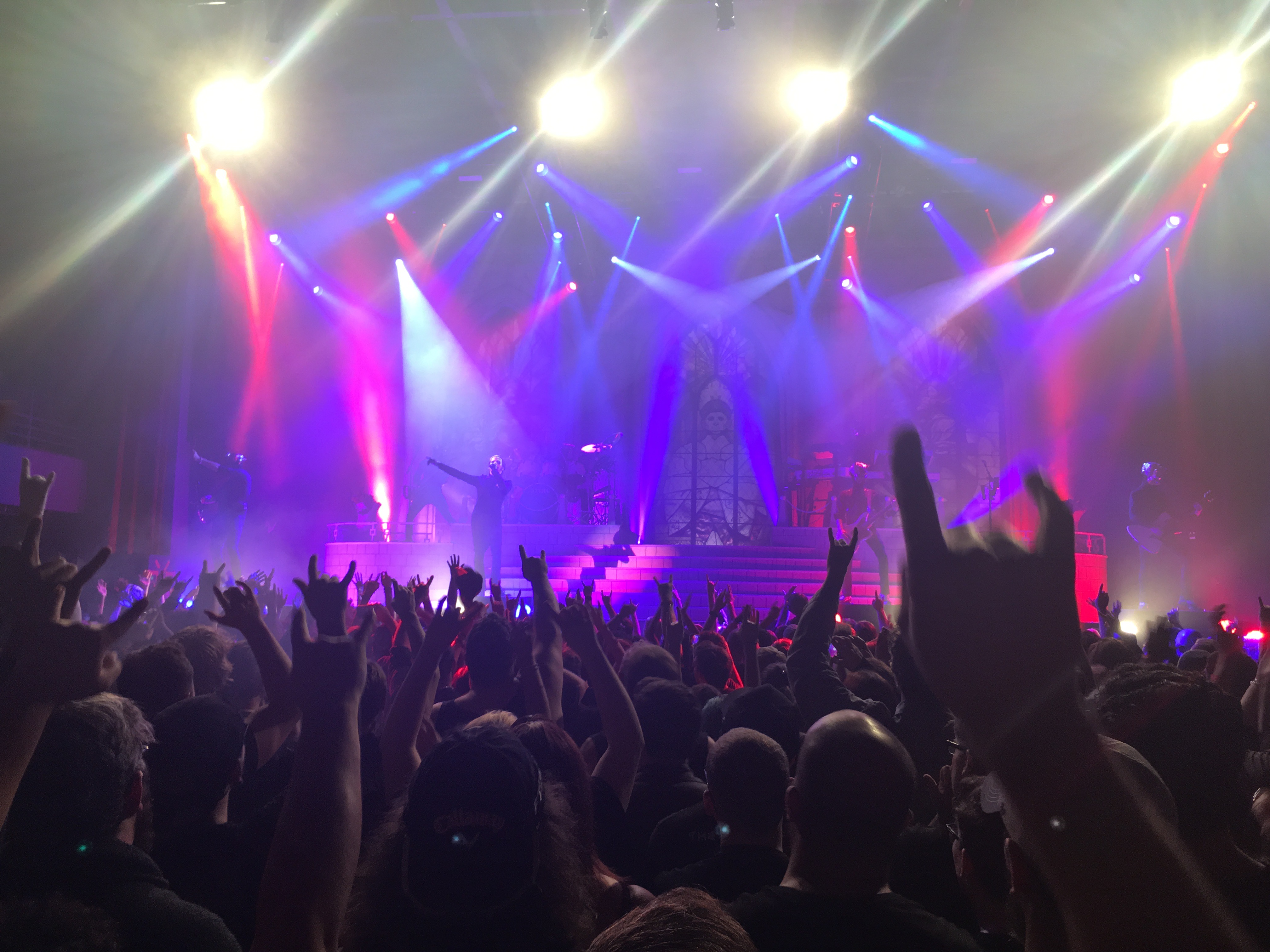 Despite being a band whose rise to prominence depended largely on their satanism gimmick, Ghost has made great leaps as a creative powerhouse as well as a consistently exciting act.  The band’s ability to survive the lawsuits and the loss of anonymity which was so central to their schtick serves as an insight into its ability to adapt and grow expertly into a “real” rock band appreciated not only for its visual appeal but also for genuinely great music.