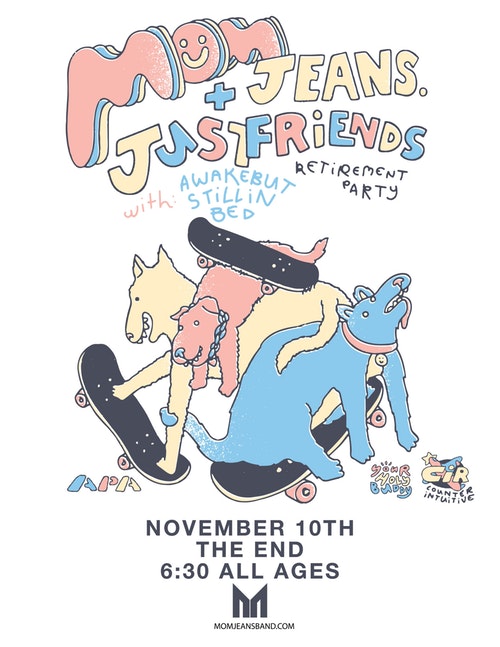 During the guitar duet/trombone interlude in “sponsor me tape”, about five minutes into Mom Jeans’s set, two thoughts occurred to me:

Mom Jeans (and Just Friends, the band touring with them and sharing a couple members) absolutely kicked ass at The End on Sunday.  It was a sweaty, cramped, and wild ride.  Both bands sounded immaculate, managing some pretty intricate guitar work and a couple of time changes expertly.  The members of each group had great energy and chemistry, even as some of them played two consecutive sets.  They were engaging and funny, definitely feeding off the energy of the audience who in turn presented them with crowdsurfers fairly regularly.  At one point, Eric used his juul as a guitar pick– definitely a thrilling new innovation in music.  The lead singer of Just Friends stayed up during the Mom Jeans set to spray water into the mouths of sweaty audience members. 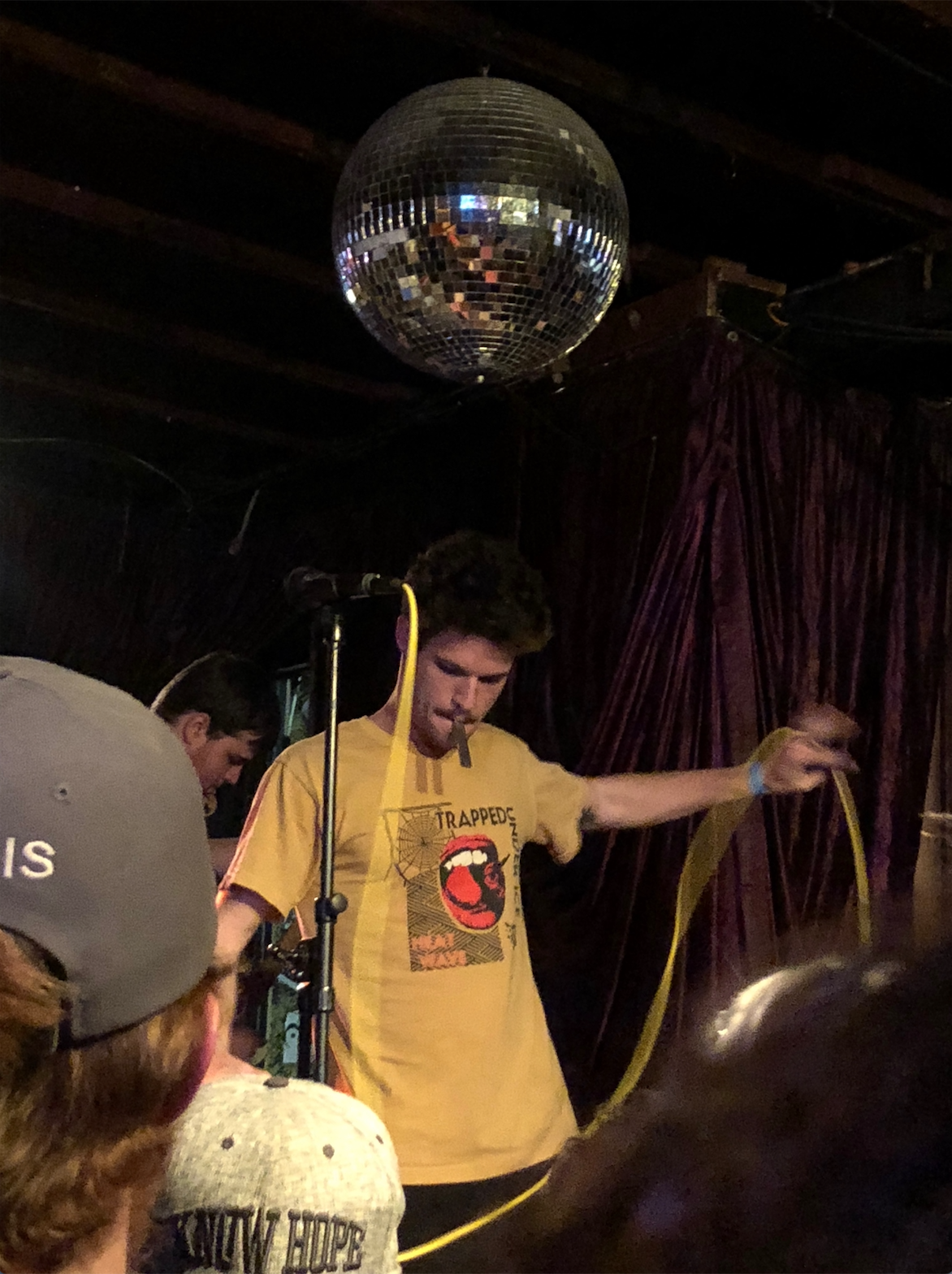 My shoes now look like I became embroiled in trench warfare.  Three of the four layers I wore (it was 31 degrees out) were nearly torn off, and I bet you can guess how they smell.  I caught a couple of solid kicks to the back of the head from crowdsurfers.

This raw energy elevated an already incredible concert into one of the most memorable music experiences I’ve had.  The amazement I felt during the first couple tracks continued to grow throughout the night, as they covered all sorts of ground musically and emotionally.  From the relatively reserved 6/8 groove of “*Sobs Quietly,*” to the chugging power chords of “PICKLE BART,” to the indie sensibilities of “Jon Bong Jovi,” Eric and the crew really ran the gamut of musical genres, while still maintaining a cohesive sound.