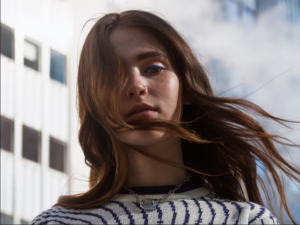 Clairo, courtesy of The Fader.

By the end of 2017, Claire Cottrill had gone viral with her lo-fi bedroom pop single “Pretty Girl” under the moniker Clairo. Her growing success quickly drew criticism from people that attributed her popularity, and resulting record deal with Fader, to her father’s connections within the music industry, labelling her as an ‘industry plant.’ While Clairo’s initial attention may have been bolstered by her well-connectedness, it is evident from her album Immunity, released August 2nd, that her success is deserved. Her highly relatable lyrics delivered through thoughtful songwriting make for a solid debut album, and illustrate the musical growth she has experienced since first going viral.

Immunity explores the timelines of relationships, touching on the beginnings that make hearts pound and stomachs flutter, and the crushing ends that seem utterly inescapable. On the album’s compelling first single, “Bags,” Clairo describes the uncertainty that accompanies admitting to having feelings, singing “Can you see me? I’m waiting for the right time.” Her voiced timidity is at odds with the song’s insistent bass line, an embodiment of the internal conflict she’s facing. Sickly sweet “Softly” explores the next stage; Clairo captures the magic of first love, of falling hard and fast, wondering “Is it alright to feel this way so early?” She admits later, “You could be my one and only.” In “North,” things have started to unravel, though Clairo manages to articulate her distress without the song ever feeling explicitly sad. By the end, her longing voice recounts “I miss you in every way / Fingertips on my back / Things I know that I can’t have.” 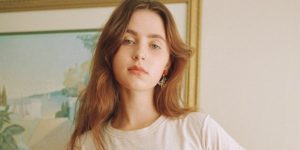 After coming out last year, Clairo freely references her sexuality throughout Immunity, relieved of the pressure to keep the subjects of her songs ambiguous. Distinctly Strokes-ian “Sofia” celebrates Clairo’s sexuality, which is manifested in the character Sofia, meant to represent Cottrill’s childhood crushes on celebrities such as Sofia Vergara and Sofia Coppola. Other references are more subtle; she alludes to Call Me by Your Name in “Bags,” singing “You can call me by the name I gave you yesterday.” The song follows the uneasiness of telling someone how you feel, which Clairo says was compounded with being uncertain of their sexuality. Clairo has come in a wave of young, queer artists in indie music, offering important representation for their communities.

Immunity is lush and soft; its tracks aren’t overwhelmed by production, showing that, even though Clairo has moved on from her bedroom pop roots, she hasn’t abandoned every facet of the simplistic genre. We’re given a more authentic version of Clairo, no longer shrouded by low fidelity and DIY production. Throughout the album, Clairo candidly and honestly expresses exactly how she feels, and her candor is refreshing—she’s declared herself ‘immune,’ but reveals her thoughtful vulnerability, eventually concluding “We could be so strong / We’ll be alright, we’ll be alright.”

You can listen to Immunity here: