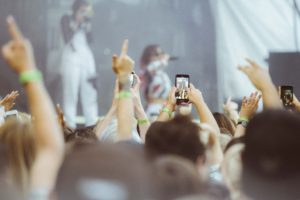 If there’s one thing I learned this weekend while attending Pitchfork Music Festival, it’s that bad weather will not stop a crowd of music lovers. Faced with sweltering, 95+° heat (the hottest in nearly a decade in Chicago) and sporadic thunderstorms which forced the evacuation of the festival, the crowds that turned out for the festival’s three-day run did not plan on being scared away. 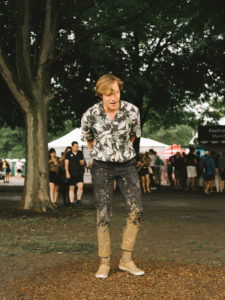 The aftermath of moshing in the mud at black midi. Photo Provided by Pitchfork Music Festival, IG @kirstinapicture

If there’s a second thing I learned, it’s that the artist lineup was unbelievably good, and deciding who to go see was an even more difficult task than I thought. Fortunately, and if you’ve ever been to Pitchfork, you know that the three stages are so close together that navigating between them a total breeze. The choose-one-and-only-one mindset which is an issue at so many other festivals around the country is rendered unnecessary at a place like Pitchfork, and I found myself bouncing from stage to stage quite frequently, allowing me to see a good portion of the incredible talent that the weekend had to offer.

But the music wasn’t the only incredible element of Pitchfork this year. The food and drink options, including beer provided by Goose Island Brewery, SVEDKA’s Vodka Froze’, and local Chicago food vendors like Wow Bao hot buns made sure that nobody went hungry or sober this year. And rest assured, absolutely all of it was delicious. Much appreciated. 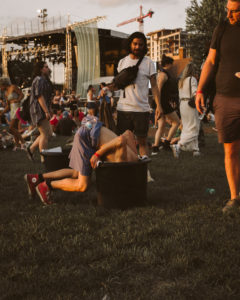 Also appreciated was the element of artistic championship that was at play throughout the festival — from the Young Chicago Authors’ Louder Than A Bomb poetry readings before acts on the Blue Stage, to indie bookseller Book Fort’s large presence, Pitchfork Music Fest seemed like a place where all forms of artistic expression could find a voice. Also included was a large, bazaar-like merchandise space where one could find everything from radio stations to record labels to local indie vendors selling vinyl, jewelry, homemade posters, thrifted clothes, you name it. This area, where local vendors and artists are given a chance to showcase themselves in such an open environment, was a breath of fresh air in comparison to so many other festivals’ grabs for more cash in their own pockets.

In conclusion, the festival was brilliant. Truly the best I’ve ever attended and I do not ever foresee myself missing a year in the future. And at only $200 a ticket, I don’t think I can afford to miss it either.

Here are some of the best performances I saw at this year’s festival: 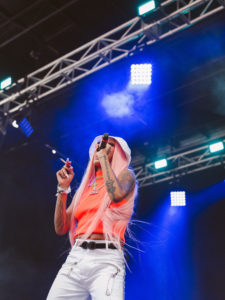 When first arriving at Rico Nasty, whose set came at the most sweltering point of the hottest day in Chicago’s recent history, the first thing I noticed was the sheer number of people that came out to watch. Clearly, the heat wasn’t stopping anybody from seeing one of the most exciting hip-hop acts in the game right now. While I was disappointed that she didn’t perform with Kenny Beats (a man can dream), Rico and her DJ put on loud, sweaty, and very high-octane show. So high-octane, in fact, that she ended up blowing both of the speakers on her final song, “Rage.” They got it fixed, though, and I had a ton of fun. The show goes on. 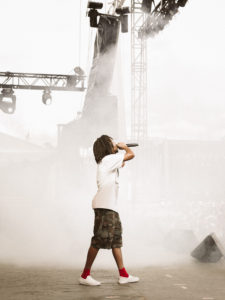 The next standout performance from Friday was, predictably, LA-native Earl Sweatshirt. The conscious-rap superstar delivered on his lulling, contemplative verses to put on a truly poignant performance. Listening to him rap live about his addiction, anxiety, family problems, etc. imbued his lyrics with a sense of vulnerability that even outshines his fervor in the studio. Many cuts from his recent record Some Rap Songs were performed, and as dedicated fans rapped along with every word for nearly an hour, we all felt a little bit like family. 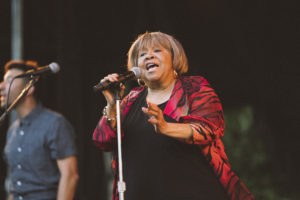 Everyone knows Mavis Staples is a legend; she’s been perpetuating the Memphis sound ever since the 1960s. But it may be easy to underestimate the unstoppable force of the soul powerhouse until she’s seen live, complete with time to banter with a crowd and tell stories from her ever-interesting past. She commands the stage with a force so mighty, I could’ve sworn I saw people watching artists at other stages turn heads to hear Mavis sing. Performing hits from her solo projects and the Staple Singers alike, she brought the festival’s heat-ridden first day to a rousing close. 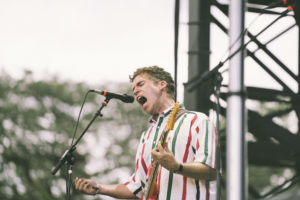 Right before the thunderstorms came along and forced everyone to evacuate the grounds, we were graced with an electric set by NYC rockers Parquet Courts, whose album Total Football was one of WRVU’s favorites last year. The group had the crowd at their total control, as people around me were shouting every word and dancing along to their signature funk-punk sound. One of the best moments of the festival came as the group began their smash single “Wide Awake” right as the evacuation alarms began going off, causing everyone to only dance harder until the song completed and they were forced to leave. 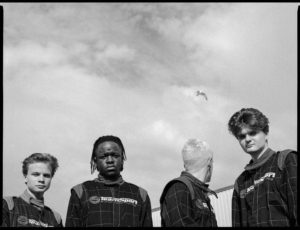 “There’s this band of high schoolers out of Europe that’s crazy good,” someone told me a few months ago, “And I think they’re called black mini…or something like that.” The crazy band of high schoolers this friend referred to, of course, was black midi. The four-man rock group recently blew up with their highly-buzzed KEXP performance and mind-bending debut album Schlagenheim.After hearing the record, I was interested in seeing if the electrifying energy that perpetuates the record would translate well to a live performance. Holy shit, I was not disappointed. The group plays with a nearly-otherworldly energy – leaping, rolling, sliding around the stage as a crowd of rowdy onlookers splashes about in the still-wet mud of yesterday’s rain. The group’s drummer, Morgan Simpson, is one of the best I’ve ever seen, and I’m pretty sure “bmbmbm” is the best song I’ve seen performed live in a long time. Easily the sleeper pick for best performance of the festival. Don’t miss them when they come to Nashville. 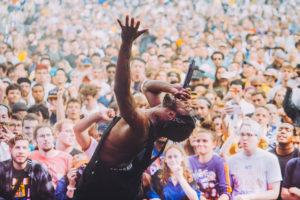 The other contender for best performance of the festival came right after black midi, when JPEGMAFIA stormed his way on to the Red Stage, immediately starting a chant of “Fuck you Peggy!”, beaming as the crowd chirped the phrase back at him. What followed was a bombastic show complete with a “freestyle” that he’s been doing verbatim every show for 6 months, scathing rebukes of Morrissey, Donald Trump, and the police, and, of course, a ton of shoving people around. At one point, JPEG even came into the crowd and orchestrated his own mosh pit – while not missing a single lyric, mind you. His performance was especially impressive considering it was only him and his laptop. Absent was the DJ that usually accompanies a hip-hop act. Instead, JPEG manually pressing play/pause on his own instrumental tracks. The fact that his show still managed to be so electrifying blows my mind. 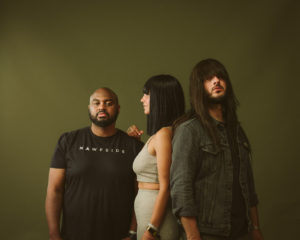 I knew only a little about Khruangbin (Pronounced “Crung-bin,” apparently) before coming to Pitchfork apart from the fact that so many people found them to be quite groovy. This made for a wonderful surprise when the trio of Houston-natives walked onstage and two members of the group had absolutely identical hair. And even after perusing their Instagram, I realized they were just really baller wigs. They pull those off so well. Regardless, they lived up to their groovy reputation, delivering songs that had every member of a packed audience dancing along.

“This one’s for the paparazzi.” Photo Provided by Pitchfork Music Festival, IG:@poonehghana

If you followed along on the WRVU Instagram, you know that I was really, really close for Charli XCX. If you followed along on my personal Instagram, you know that I was really, really excited about it. Charli was pretty easily my most anticipated performance of the festival, with an energy and star-power rivaled by few artists performing today. Getting to see her pure bravura in live performance was as fantastic as it sounds. She set apart a special moment to pose for paparazzi, dedicated a song to ‘people who love doing poppers”, and even brought out one of her “favorite artists,” the Chicago-native Cupcakke. Yes, it’s safe to say that her performance was great. WRVU will be covering her show when she comes to Nashville on the upcoming leg of her tour, so stay posted for that. 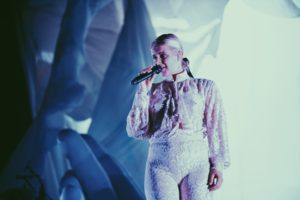 Honestly, what do I even need to say about Robyn? You already know it was great. The Swedish superstar brought together what seemed like every single person at the festival for her closing performance Sunday night. There was laughter, there was dancing, there were tears, there was a large group of 100+ people doing synchronized aerobics in the back led by one man in pink legwarmers and a Robyn tank. Yes, I did join. And yes, it was just as fun as it sounds. The iconic performer returned for her second year headlining the festival, and if we’re lucky she’ll be there again when I return next year.