You probably know her best for “Mooo! (Bitch I’m a Cow)” that blew up the internet in 2018, racking up over 58 million views over the course of a year. This catchy meme banger may have launched her into fame, but Doja Cat proves time after time that she deserves the fame with her music. “Rules”, released October 24, is no exception.

“Rules” is the third track out of her 12-track album, dropped as an exciting glimpse into her second album Hot Pink (distributed through Kemosabe and RCA Records) that is expected to drop November 7, 2019. Hot Pink will feature tracks with with possible guest stars including Tyga, Smino, and Nicki Minaj. The track “Rules” itself has Doja Cat rapping over a simple beat from Danielle Alvarez, Tyson Trax, Salaam Remi, and Ben Billions. The producers of the other tracks have yet to been released to the public, but the entire tracklist of her new album has been released, courtesy of Doja Cat’s Instagram update. 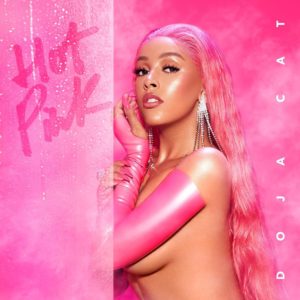 Although all of her music have been consistently catchy and intoxicating to listen to, including her hit, “Juicy” with Tyga, many are still criticizing Doja Cat over how her general rapping flow composed of whispers, chants, and speeding up her verses resemble the rapping energy of Kendrick. However, her innate sense of cuteness mixed with her fiercely explicit lyrics help to establish Doja Cat as a unique artist.

Said play with my pussy

But don’t play with my emotions

If you spend some money

Her music video is also its own beautiful monster in and of itself, with the usual elements of color and theatrics that is classic for a Doja Cat video. The Western-inspired video, directed by Christian Sutton of Psycho Films Production, is another eye-catching masterpiece that sets up Doja Cat as a mafia/criminal queenpin with stunning non-human features that have been established through visual effects. Throughout the music video, Doja Cat grows increasingly more evil, as she sicks her bodyguards, lets snakes crawl all over her snakeskin outfit, and walks away with glee from an exploding car, just to display how evil she can get. In essence, her music video is a perfect visual representation of her similarly dark beats. 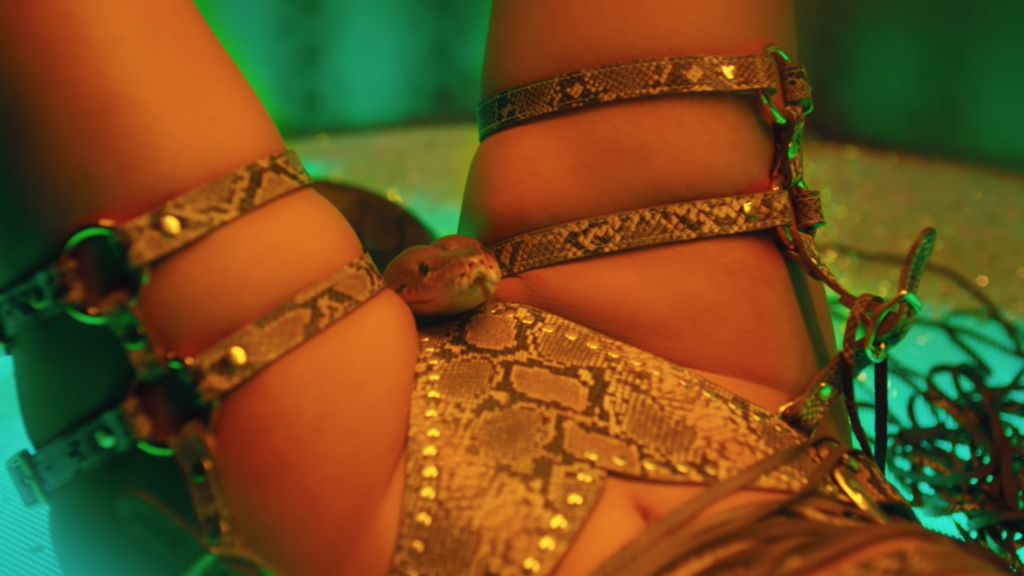 Doja Cat in a snakeskin outfit, being explicit with a snake between her legs, screen capture courtesy of Doja Cat

Doja Cat continues to surprise her fans and followers with increasingly complex and catchy bops. You can follow Doja Cat on her Twitter, Instagram, and Soundcloud to keep up-to-date with her latest updates and releases.