Eight Albums for Your Winter

As winter arrives and the days get darker, melancholy music creeps its way back into that special place in our hearts. That place we’ve kept locked away during the summer season of pop anthems and EDM drops. November is well under way, and now is the time that indie-folk and alternative anthems reclaim their space, ruling our winters.

But while many albums contain a few acoustic songs or maudlin melodies, it can often be difficult to find whole, complete projects that define the cold season. So allow us to present eight albums for your winter. These are albums for the rain, for the clouds, for candles and darkness. These can and will transport you to that place of simultaneous gloomy introspection and strange nostalgic positivity. Generally, these albums excel in imagery; the scenes they craft are rooted in our understanding of winter. In the spirit of completeness, many of these winter-esque performances manifest themselves through their music videos and album art as well (take Adele’s “Hello” cabin imagery, or the greyscale album art of Modern Vampires of the City). Together, these 106 songs should get you through the cold. So, in no particular order, here are eight albums you should listen to this winter:

For Emma, Forever Ago — Bon Iver

The ethereal rawness and emotional beauty of Justin Vernon’s debut as Bon Iver captures the sound of the Wisconsin wilderness in winter — because it was literally recorded there. The detached guitar melodies and breaking high notes resound through the ear like no other album I’ve experienced. The essence of winter is embedded in the album, from its alternative indie folk musical style, to the simplistic demo-style production, to the melancholy, emotional vulnerability of its lyrics.

Like most great albums, Carrie & Lowell is both universalist and specific. Although it specifically explores Stevens’s complicated relationship with his mother, his acoustic edge-folk roots and cogent lyrics about love surpass this specific context, and most certainly apply to your winter heartbreak. The simplistic guitar picking and the high pitched melodies are at once faint, celestial, and resoundingly present. Of all Stevens’s albums, Carrie & Lowell bares the most emotional access, and its uncluttered production makes it perfect for winter.

Adele’s 19 and 21 could also have easily been included on this list; as an artist, her beautiful husky voice conveys every range of sentiment, and often synchronously navigates both sorrow and warmth. Gorgeous, somber melodies are the bedrock of her repertoire, and her 2016 Album of the Year is another evolution of this core skill set. While her lyrics are piercing and sonorous, they can calmly fill a small room on a cold day, accompanying you in your wistfulness.

Album Favorites: “When We Were Young,” “River Lea,” “Love in the Dark,” “Million Years Ago.”

When I first heard this album, I was perplexed by its recency. On their debut, The Lumineers captured a timeless indie folk-rock sound so regular, so ubiquitous that it felt like it had always been part of the human experience. If Sufjan Stevens excels in laying powerful metaphors, Adele’s voice shatters walls, and Bon Iver’s word choice shears the soul, then Wesley Schultz of the Lumineers has a way of constructing a scene like none other. When this record plays, it’s like they’re letting us in on a little piece of their experience — for me, listening to this album echoes the feeling of watching an old movie next to cackling fire. The chorus on “Slow It Down” is particularly reflective of two iconic winter motifs: darkness and rest. Schultz’s screeching hook “Slow it down, Angie come back to bed / rest your arms, and rest your legs” is all winter in substance.

Passenger’s sixth studio project is the most purely acoustic-folk album on this list, and as such, it occupies an important space. Sometimes you just want a folksy, acoustic song to enjoy while it’s raining. While the original versions are not instrumentally overwhelming (it’s Passenger, after all), the deluxe version of Whispers offers seven entirely acoustic iterations. For three months this fall, the acoustic version of “Riding to New York” was on my playlist rotation; if you’re looking for a quintessentially tear-jerking folk song, you won’t find a better one.

The first Iron & Wine song I experienced was “Sodom, South Georgia”, from 2004’s Our Endless Numbered Days. I was instantly captured by Sam Beam’s whisper-folk style of singing, most often accompanied by a simplistic acoustic strum. Beam’s subdued performance style in the earlier days of his career allowed for the words and melodies to capture the spotlight, and Our Endless Numbered Days epitomizes this. The album is soft and potent, ever-present and unobtrusive. It could play lightly in the background of a living room or dominate the center of focus. The softness of the melodies and the generally wistful lyrics root this album in the heart of the winter experience.

Album favorites: “Naked as We Came,” “Each Coming Night,” and “Sodom, South Georgia.” 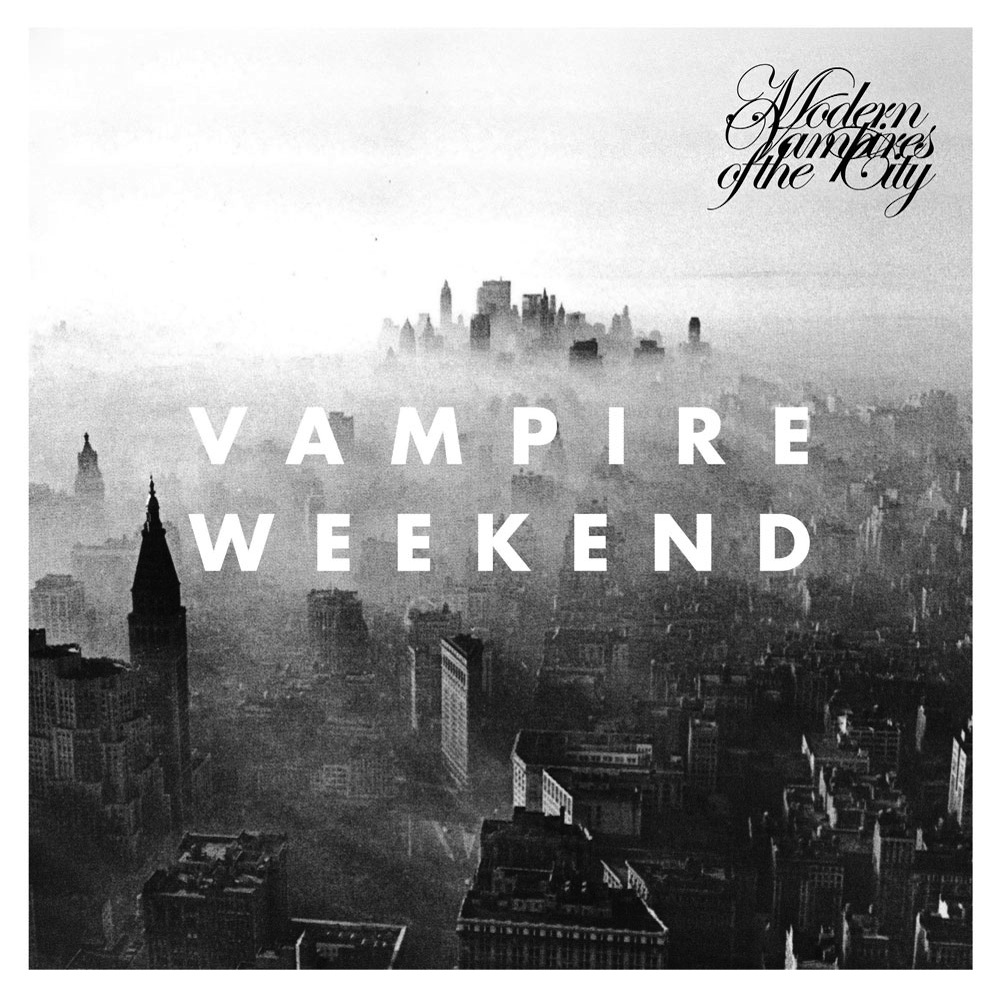 While not nearly as folksy as a few of the other albums on this list, the Grammy winning third album from Vampire Weekend contains a similar emotional linkage to the rest — which is to say, the album’s spine is rooted in sentimentality and nostalgia. Modern Vampires of the City is a beautiful, heart-activating compilation of songs. The sonic elements are generally downtempo, or at least relatively relaxed, which puts it perfectly in line with the others for your winter playlist. That said, the project also contains some lighter tracks and faster paced tracks, which makes it the ideal companion for the 5pm commute that somehow now must occur in total darkness. 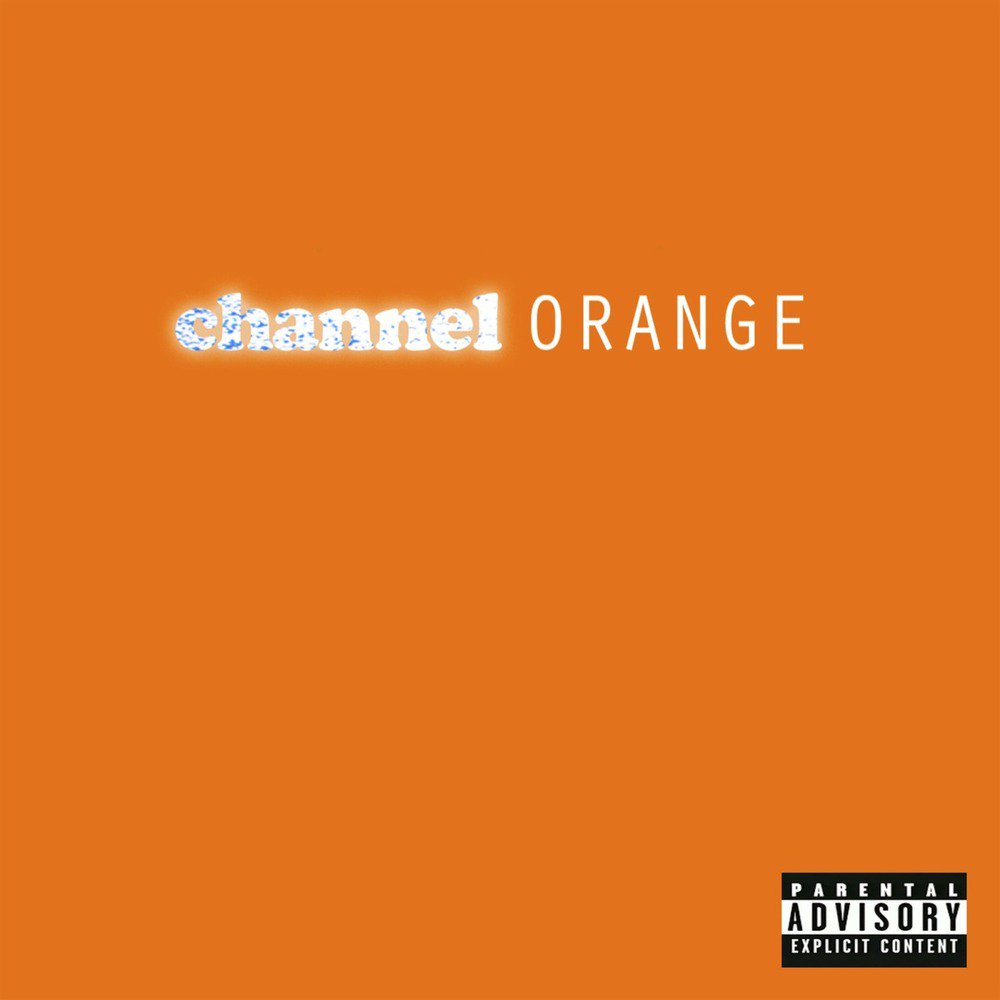 Channel ORANGE’s presence on this list is similar to that of Modern Vampires of the City, in that both are musically different from every other album, while fundamentally similar in emotional construction. There’s a reason this album rocketed Frank Ocean to icon status. His debut studio project is elegant, pensive and well-formed; the ideal combination for your winter sentimentality. It’s a crowd favorite for a reason, and its dynamism creates a space for it in every season, winter included.

Listen to the playlist on Spotify.