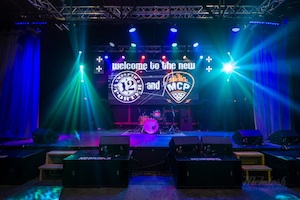 12th and Porter is the latest victim of gentrification in the Gulch.

Nashville calls itself Music City; it’s the moniker that supposedly separates our home from Charlotte, Minneapolis, and every other up-and-coming metropolis, and it’s a huge part of the reason I chose to come to Vanderbilt. So the news that the locally beloved venue 12th and Porter will be closing its doors at the end of February disturbs me greatly—and if you care about preserving the cultural integrity of Nashville, it should disturb you too.

According to The Tennessean, the property will be redeveloped to “enhance the North Gulch.” If the South Gulch is any indication, that means we’ll see 12th and Porter replaced by luxury condos, a couple boutique clothing stores, and another Bar Louie or an Irish pub. Instead of seeing a great local band or marginally more to check out an established act like Kings of Leon or Neil Young (both have played 12th and Porter), you’ll get to overpay for dinner and drinks at a generic nightspot devoid of personality. This is gentrification at its finest: the conversion of a “run-down” area into an upscale neighborhood through the replacement of its businesses and residents and raising of rent.

It has been argued convincingly that gentrification adds to the social and economic inequalities of America’s cities. But the process is also slowly stripping urban neighborhoods of the idiosyncrasies that make them special in the eyes of their residents and visitors. As Nashville attracts more young immigrants, as a city of growing wealth is wont to do, these new inhabitants bring with them their preconceived notions of what it should be like to live here. And although they might originally have chosen Nashville for its vibrant music scene and culture—as many of them do, if they’re here for the music industry—they come to desire classy nightclubs, beautiful new apartments, and the types of restaurants they grew up with in the suburbs. It’s only natural to desire what we know, particularly when moving to a new place; we add elements of our own cultural background to the melting pot. But when all of these new arrivals come from the same cultural background, they end up homogenizing their new location, intentionally or inadvertently. And there’s only so much diversity to be found in the pool of educated college graduates driving the demographic shift in Nashville and other growing cities.

And so we can see Nashville changing before our very eyes, its growing population and the real estate “development” that follows threatening to turn the city into a cookie-cutter copy of American urbanity. If you were blindfolded and transported to a series of this country’s random mid-sized metropolises, how often could you successfully guess your location on the first try? 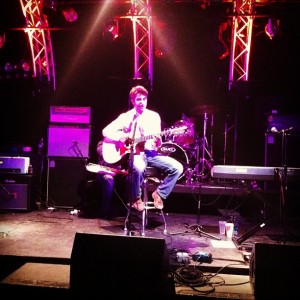 Right now, Nashville is probably one of the cities you’d be likely to guess correctly. Music pulses through these streets like blood through arteries; it is the heart of the town, even as industries like healthcare and banking diversify the economy and drive prosperity. This increasing wealth is a good thing…if it is applied the right way. Urban development in this city doesn’t need to replace such unique and character-laden places as 12th and Porter; at the very least, the venue could have been left in place, and planners could have surrounded it with new apartments, building a community around a hub of live music and entertainment. Such a move might not have made quite as much money in the short run as will the current redevelopment plans, but it would have kept intact a core principle powering immigration to Nashville: that it has managed to hold fast to the cultural qualities that separate it from other similar cities while simultaneously hosting a booming job market. Remove the idiosyncratic culture, and Nashville is no longer a special place.

So if you haven’t seen a show at 12th and Porter yet, I’d encourage you to go before it shuts its doors for good on February 28th. And let its closing remind you that there’s a reason Nashville is Music City, and that we mustn’t let impulsive urban development make that title ring hollow.