Back in August, JPEGMAFIA broke his year-long silence with a new single “Jesus Forgive Me, I Am a Thot.” The accompanying music video featured him donned in tunics, robes and decorative dangly jewelry, begging “show me how to keep my p*ssy closed.” He took this trend a little further with album art for All My Heroes Are Cornballs which, “Jesus” is featured on. Not only is Peggy looking fine as hell in these promo pics, he’s also expressing more feminine fashion, language, and expression in a genre as historically sexist and homophobic as hip hop.

Rap and less-than-healthy masculinity have unfortunately gone hand-in-hand for decades. The genre has been defined by power and braggadocio, so vulnerability hasn’t really been on many rappers’ radars. Kanye West spoke on the issue all the way back in 2005: “They say [hip hop] is about fighting for your rights, speaking your mind and breaking down barriers, but everybody in hip-hop discriminates against gay people.”

And he’s not wrong. DMX, Eminem, Sugarhill Gang, Tyler, Tribe, all have used homophobic slurs in their songs. Beastie Boys originally wanted License to Ill to be called “Don’t Be a F*****,” but Columbia Records refused to use the name. Now, many if not all of these rappers and collectives have since apologized, and much is to be blamed by the hip-hop culture at large, but Peggy fights against that, warning “Don’t get capped by a n**** in an mf gown.” 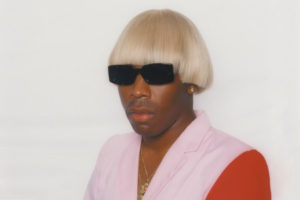 And he’s not alone. Young Thug has been known for his gender-bending fashion, most notably on his Jeffrey cover art. Tyler the Creator has explored his own decor with his Golf le Fleur line, and has especially been making waves with his Igor wardrobe. Despite his past homophobic behavior, he’s since openly come out through his music and release a concept/breakup album about a queer love triangle. Now That’s What I Call character arcs.

More and more hip-hop artists are openly expressing their LGBTQ sexualities in their music. Frank Ocean’s been on this since 2012, but now we’ve got rappers like Kevin Abstract of Brockhampton fame expressing his sexuality in ways a little too explicit for this college radio blog. And that’s awesome. 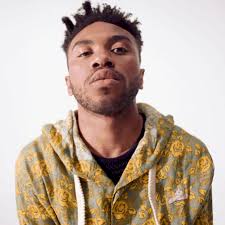 Now we’ve got an openly gay artist holding the longest running Billboard Number 1 single ever. A song, mind you, with no homophobic or sexist or racial slurs or even any cussing of any kind. Hip hop is slowly but surely changing from an industry marginalizing queer identity to one celebrating it. While there’s still a long way to go, hip-hop is proving itself to be more boundary-breaking than ever before.