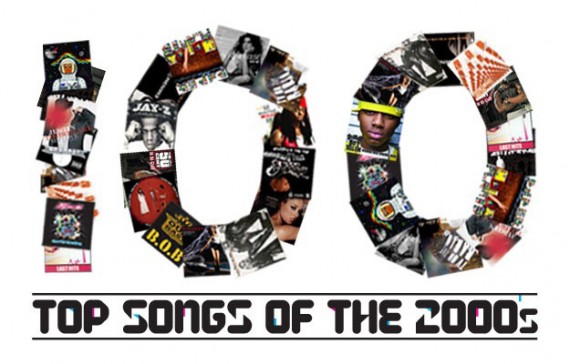 Mathematicians call this the “empty set.”

I spent the majority of my spring break plastering the walls of a cinderblock building in the Puerto Rican rain forest.  The only way to possibly get through a task as mind-numbing as plastering walls is to have an upbeat, driving playlist of music blasting from a decent set of speakers.  Luckily, for the most part, that was the situation; our work crew leader had impeccable and eclectic taste, and about 100,000 songs in his iTunes library.  One day, though, we made the call to switch it up.  My buddy Matt had concocted a playlist entitled “Ridiculous Rap,” mainly comprised of one-hit crunk wonders from the mid-2000s.  The first couple songs were hilarious and everybody sang along.  By song five, the high had disappeared and it dawned on us that we had been ingesting pure crap for the past fifteen or so minutes.

This seems to be a microcosm of how the millennial generation feels about music made between the years 2000 and 2009.  On the one hand, there’s a lot of nostalgia when we look back at the songs that took us through our awkward middle school years and all those high school dances.  For example, I must have done the stare-over-her-shoulder slow dance to “You and Me” by Lifehouse at a minimum of twenty bar mitzvahs, letting her go in relief when that sappy mess of a song was replaced by “Fergalicious” or “Hollaback Girl.”   There’s also this weird thing where we say we like ’90s music but are really referring to the early 2000s–maybe 1998 or 1999.  Perhaps it’s because you’d much rather go dancing at a party playing Third Eye Blind and Jimmy Eat World than Alice in Chains or Pearl Jam–who wants to dance to grunge?

On the other hand, the first decade of the 2000s was objectively a bad decade for mainstream music.  While Kanye killed gangsta rap and Jay-Z and Eminem continued the great lyrical tradition of Biggie and ‘Pac, Southern rap couldn’t follow in Outkast’s massive footsteps.  Rock music was an echo of the grunge movement that had taken the world by storm in 1991, with bands either going with the heavier post-grunge route or applying a radio-friendly sheen to their music, as bands like Foo Fighters and Red Hot Chili Peppers tried to fill stadiums the way U2 could.  Pop music suffered from a lack of both a dominant personality (though Beyoncé and Justin Timberlake tried to fill the void left by the likes of Michael Jackson and Mariah Carey) and compositional creativity.  Electronic music and country hadn’t yet been widely embraced, and R&B was on a decline after peaking in the ’90s.  Of course, there were exceptions to the rule–songs like “Hey Ya,” “Crazy in Love,” and “Crazy” remain timeless, critically acclaimed hits–but overall, this was not the best time for popular music.  Note that in the background, the seeds of today’s interesting and diverse mainstream scene were being sown as indie rock bands, urban poets, and electronic music wizards cut their teeth.

But the best way to prove how bad the ’00s were for popular music is to show you their lowlights.  These are taken from a variety of genres, but each is lovably horrible in its own way.  Introducing…(cue “Sirius” by The Alan Parsons Project) YOUR ALL-2000s BAD MUSIC SQUAD!

Nickelback gets a lot of hate, and not all of it is fair, as I’ve written before.  But this song epitomizes the blatant radio-friendly sound of mainstream rock in the ’00s.  Trite lyrics, utter lack of creativity in songwriting, and a sound over-polished to the extent that Hendrix had to have rolled over in his grave doom “Photograph” to the ranks of the illustriously bad, a fine example of why Nickelback would inhabit the tenth circle of Dante’s Inferno (it only goes up to nine in the book).

I sometimes like to give my friends the “Yellowcard or Not Yellowcard Challenge,” in which I play a generic pop-punk song from the mid-to-late 2000s and they try to guess whether or not the artist is Yellowcard.  No one has ever gotten more than 50% right.  That means at best the subjects of the challenge are no better than random chance.  All of these bands’ singers sounded identical, and all they ever did was play power chords, throw in some fast drum fills, and whine about teenage love.  Yellowcard gets to represent this putrid genre because the Challenge was named for them.

Crunk rap was cool for about the length of time it took Lil’ Jon to growl “YEAAAAYUH” on Usher’s 2004 single.  By the time D4L got their hands on it, the genre was snapping its way to an early grave.  The ridiculous lyrics, overused snap beat, and poor production of “Laffy Taffy” were the final bullet to the head of this forgettable movement.  Hell, Jay-Z was forced to come out of retirement to put an end to nonsense like this.

The Black-Eyed Peas were promising at the beginning of their career, putting out soulful, funky hits like “Let’s Get It Started” and “Where is the Love.”  Then they let Fergie take the lead and it was all downhill from there.  As we would find out from her ill-fated solo career, Fergie was clearly the least talented of the group.  At least Ringo had charm and humor when he sang for the Beatles; all Fergie had was a good body and a mediocre voice.  When you combine that with the Peas’ decision to move away from their funky roots and the subsequent decline in their songwriting, you have an abomination that somehow dominated the bar mitzvah scene back when I was in seventh grade.  Oh, and the transition to the outro is the greatest non sequitur ever created.

Miley Cyrus, “Party in the USA”

We didn’t know what we were getting ourselves into.

I’m sad to say that Soulja Boy is the most significant artist I’ve ever discovered before he got big.  I remember going to my friend Andy’s house in May of 2007–Crank Dat blew up over that summer–and hearing this song.  I was rolling on his bed racked with laughter by the end.  There was no way this guy was serious.  Turns out he was.  If you have time and want some good laughs, check out some of Soulja Boy’s early YouTube videos to fully grasp how ridiculous it is that he ever got famous.

Disagree with anything I’ve said here?  Got more horrible songs to add from this forgettable decade?  If so, comment below!