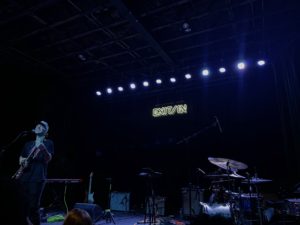 In August 2019, Mac Ayres released his second album Juicebox and began touring shortly after. Nashville was the 17th sold out show of his Juicebox tour and it took place in the legendary Exit/In venue which has housed greats such as Etta James, Johnny Cash, and The Police. 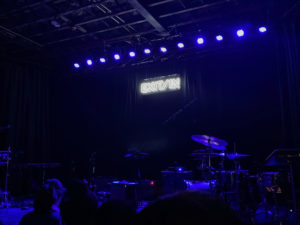 The show opened with Melanie Faye, an insane guitarist that helped to set the tone for the evening. Besides her unbelievable talent, Faye’s down to earth personality and earnest lyrics connected her to an audience that fell in love with her over the course of the opener.

Mac Ayres performed 14 out of the 16 songs from his Juicebox album and three songs from his earlier albums throughout his hour and a half set. From the first song, I Wanna Give up, his talent was something to see. Though his music may create this image of Mac Ayres that is chill and slow, his performance at many times was anything but that. His energy popped off the stage and into the crowd, who responded to his freestyled runs, witty ad-libs, and easy confidence with excitement. 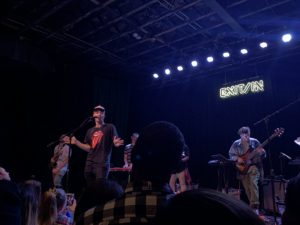 Ayres was accompanied by his band, Chris Anderson on drums, Declan Miers on the bass, Jordan Robertson on keys, Zach Berro on the saxophone, and Morgan Burrs on guitar. On stage, they all sipped from drinks and laughed during the set, their camaraderie reflected in the ease with which the band and Ayres transitioned from drum breaks to individual solos from different band members and back to Mac Ayres singing. 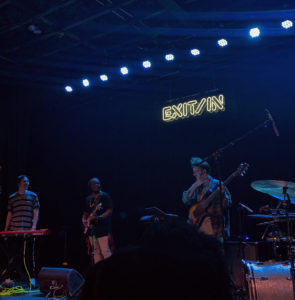 By the end of the night, it was clear why the Juicebox tour has sold out 17 shows in a row. Though it was his first time performing in Nashville, 22-year-old Mac Ayres proved that he belonged in Music City. His soulful voice and exuberant stage presence did not falter throughout the night, not even after he said goodbye for the night and then came back on stage for an encore the audience was screaming for. If his performance was anything to go by, this is definitely not the last we’ve seen of Mac Ayres and I’m excited to see him in Nashville when he comes again. 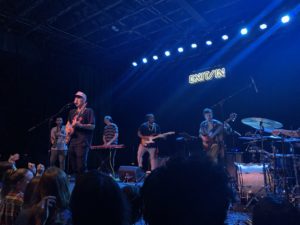