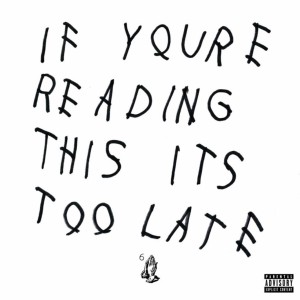 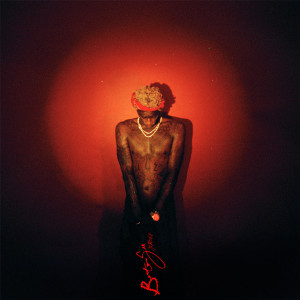 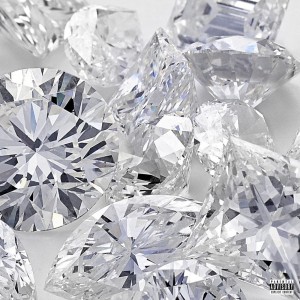 When you find something you like, usually you want more of it, and this basic relationship finds a lot of relevance in music. It’s become an even greater part of many music lovers’ lives with the onset of the eras of downloading and streaming. Whereas before, our parents and grandparents had to really make that journey down to a physical place selling physical copies of the new Luther Vandross and part with their pocket change, the only thing that’s stopping us now from having Sonic Youth’s entire discography is an internet connection.

It’s been well understood (by non-music industry execs at least) for several years now that the internet has made curators out of us all, and consequently, everyone is mostly free to explore the ranges of their musical tastes with relative abandon. Are you a sophomore in high school and you just discovered Radiohead? Download their entire discography, and then the Pixies and then Pavement and maybe get up on your Jamaican dancehall as well, all at the same time. It’s really nothing to, in the span of a day, acquire and listen to every single project an artist or band has produced, and (allegedly) not spend a single dime.

Of course, this dynamic has put pressure on artists to adapt, and though piracy and bootlegging has been around since music could be recorded, no one could imagine the speed and ease that torrent sites would bring. Streaming has only recently gotten an “artist-approved” horse in the race, and Tidal’s third place position relative to Apple Music and the long-dominant Spotify show that people still aren’t super concerned with artist compensation. Now part of this is due to Tidal’s awkward rollout strategy and it being such an emergent platform, whereas Apple Music carries the consumer-attracting talisman of “Apple” along with it and Spotify has proven itself to be an excellent choice, especially for students.

Anyways, as I watched The Recording Academy President Neil Portnow and Common pleading with the public to pay artists during this year’s Grammys, their question “Isn’t a song worth more than a penny?” left me wondering about mixtapes and rap. Anyone who regularly listens to rap knows that mixtapes are a wonderful thing; frequent, full of DJ drops (sometimes wonderful, sometimes trash), and featuring track after track of free music. It’s commonly understood that mixtapes are not intended to generate a ton of immediate money, but rather more abstract credit, such as name recognition, buzz, and advertisement for later projects; so in other words, mixtapes were meant to generate later, potential profit.

The system works pretty well, as rappers can put out music without having to jump through industry/label hoops whilst still building hype and fans get very affordable music, and lots of it. Plus, when rappers started snatching each other’s beats and putting better verses and hooks on them like Lil Wayne and 50 Cent, things only got crazier. Some mixtapes attained the status of being better than most rappers’ commercial albums (a strong flex), and groups like the Clipse’s acclaimed We Got It 4 Cheap series of mixtapes (recorded with the Re-Up Gang) went on to be reviewed as standalone albums on music critic sites that didn’t even regularly cover hip-hop. Other artists such as Gucci Mane became known primarily by their many (many) mixtapes, which often had songs that hit harder than album tracks.

From this environment emerges “the retail mixtape,” or commercial tapes, which have been gaining more and more traction in the current rap climate. Recent examples that spring to mind are Drake’s If You’re Reading This It’s Too Late, Young Thug’s Barter 6 and Drake and Future’s What A Time to Be Alive. All three of these projects have come out in 2015, and though they were advertised as mixtapes, they were sold through iTunes and other retail outlets. This intense blurring of the line between the mixtape and the album is something that rap has naturally been moving towards. As much I love free things, if we’re gonna start reexamining the financial value of music in this time of streaming, then I want to know why we aren’t reconsidering rap’s place, and why people have complained about having to pay for mixtapes.

It can’t be so unthinkable that a musician would dare to think about getting paid for songs, and as rappers are continuing to prove, the line between the album and the mixtape is a negligible one. Rich Gang Tha Tour Part 1 is arguably a better musical project than pretty much anything Belle and Sebastian have recorded, yet indie rock fans don’t question B&S albums having retail prices. Though it’s an overly simple and reduced idea, we as a society attribute value to things such as art by putting a dollar sign on it, so why do rap fans question when mixtapes are attributed value? It’s possible that people may have just grown accustomed to downloading incredible songs for free, but if the tracks are just as good as what you would want for an “album,” why is it so difficult to accept paying for them?

So in 2016, I say we stop making this mixtape-album distinction so huge, and just accept what someone deems worthy of being sold for a price. People have called Kanye’s The Life of Pablo “an unfinished mixtape of an album,” as if post-punk and experimental rock bands haven’t been releasing albums full of experimental guitar sketches and songs that last under a minute for years. The mixtape label doesn’t need to become a signifier used for someone’s art/music that they’re trying to sell when you think it should just be given to you. Albums have prices, most mixtapes don’t, music is fun and worthwhile, and if a rapper puts out a “retail mixtape” just close your eyes and recite “album” if it helps, and continue with life.