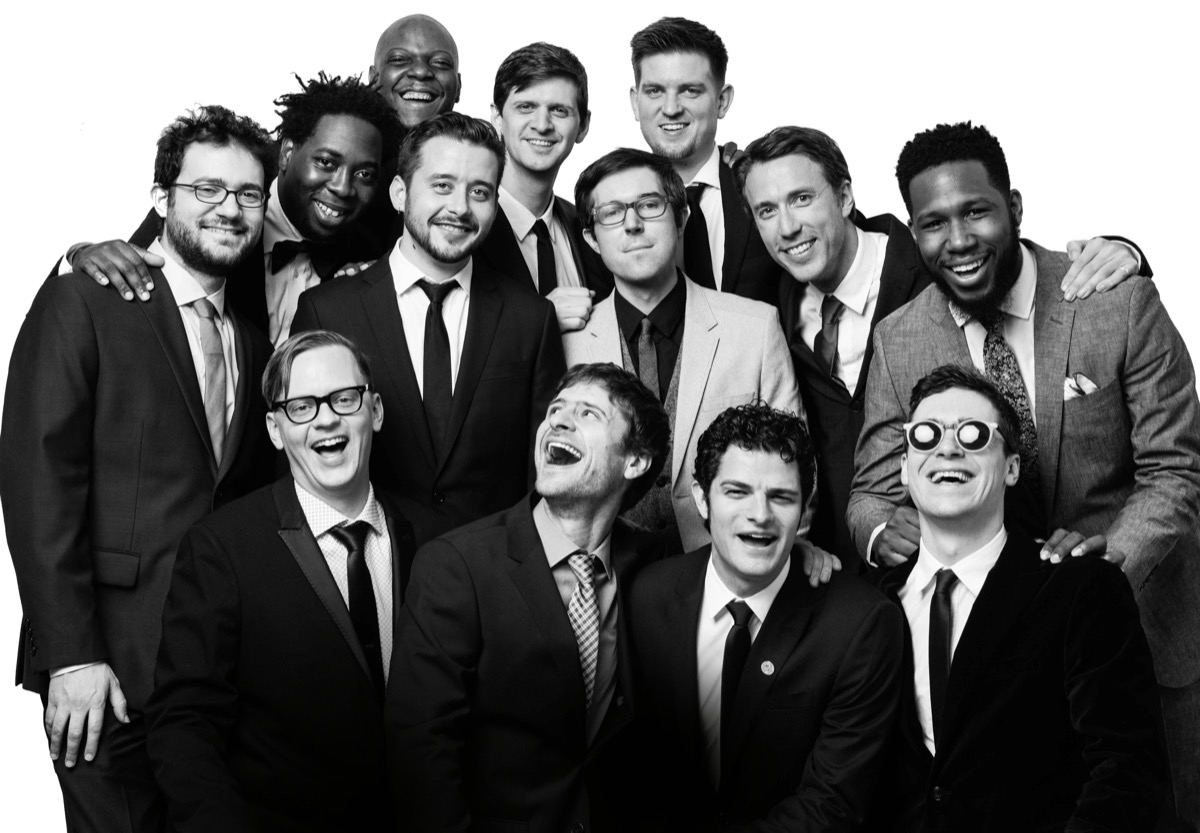 Simply put: the Snarky Puppy show was very sold out. With a packed venue, I thought I was facing a rowdy night, and every trip to the bathroom would be like a salmon swimming upstream. But instead of parting the waves, walking around was like crossing a pond—the fans were so enthralled with the musicians on stage that they didn’t move. Normally there are a good number of people walking back and forth in the pass-through to several of the bars surrounding the periphery of the floor, but the bars were nearly empty. Every patron was squeezed as close to the front as possible, eyes glued to the stage.

Snarky Puppy’s opener, FORQ, was a hit: this instrumental (like Snarky Puppy) four-man funk rock collective raised the energy in the room and set the tone for the Snarky Puppy set. A lady who may or may not have been slightly inebriated came up to me and asked if I had ever heard FORQ before, and I admitted to her that I had not. She told me that she had never felt so emotional listening to music before, and that she was close to tears. At first, I believed this to be no more than the musings of a drunk woman, but as I made my rounds through the venue, I saw clutched hearts as energy and dynamic level increased, only to be released like an orgasmic climax. Not unlike the after effects of the drop in dubstep. This was a recurring theme in the first half of Snarky Puppy’s set. A few times I made eye contact with fans after these moments, and we shared a mouthed, “Damn.”

I began to wonder why there was such an attachment to instrumental music, and why the fans paid such close attention to the stage. I believed that this would be the night to roam around, and that people would treat the two sets like background music so that they could enjoy the bars that Marathon has to offer. And there was not much to offer in terms of visual theatrics—with the exception of a dab by the keys player during a drum break, the musicians stayed relatively still. I understand the appeal to instrumental music, however. When vocals are eliminated, more freedom is given to the instrumentalists to explore complex textures and extreme dynamics.

I often find that our emotions respond most to these changes in volume more than any other musical component. Additionally, when listening to music with vocals, we may not always identify with the lyrics 100%. Even one line of text that doesn’t resonate with us can detach us from the song. When there is no singer and no lyrics, we are free to interpret the sounds for ourselves, and attach whatever meaning we want to it, giving us a closer connection to the music.

The last half of the Snarky Puppy set was more energized. Again, it’s amazing what energy levels can be achieved when there is no worrying about covering up the vocal line. To my surprise, Blair’s own Jeff Coffin (tenor sax) was a guest performer on Snarky Puppy’s final song. If you haven’t checked out Jeff Coffin, he is on Spotify. Look him up. He has won several Grammys through his collaborations with Dave Matthews and Béla Fleck and the Flecktones. Maybe you’ve heard of them.

Both FORQ and Snarky Puppy won another fan last night. I encourage you to give them a listen as well. Maybe play their stuff while you’re doing homework or hosting a chill get-together in your dorm room. Start them off as background music, and maybe as time passes, you’ll be so enthralled as to give them your full attention and stare at the stage next time they roll through Nashville.