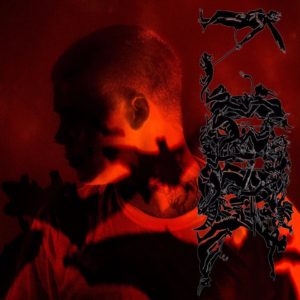 There is no denying Yung Lean has evolved as an artist. From his beginnings with “Ginseng Strip 2002” to his latest mixtape Frost God, it has been hard to pin down an exact sound for the Swedish born artist. Between mocking pop culture references and a monotone delivery that had many immediately dismissing him, Yung Lean struggled to find his exact lane in the U.S. hip-hop scene. He observed that fans thought, “Yes, finally we can jump on a trend and jump off it next year. Let’s wear some Nikes and dance to Yung Lean, then he’ll be gone, the artist will be dead.” Despite this, he kept working to prove himself and on Stranger he has not only proved himself as a formidable artist here to stay, but he has also made the best album of 2017.

“If Warlord was going through the gates of hell, you would come out the other end into a garden and Stranger is playing with medieval naked people laying in the garden.” While Lean has thrived on the dark sounds inspired by his vivid visions and dreams of evil forces, the lighter soundscapes he explores on Stranger enter areas barely explored by other artists in the last year. Yung Gud handles the executive production of the album, with help from Yung Sherman and Whitearmor on a few of the tracks creating some of the best beats of the year. There’s a dreaminess to the lo-fi nature of tracks like “Red Bottom Sky” and “Push / Lost Weekend” that perfectly compliment Lean’s delivery and reach pop heights never attempted by the Sadboys. “Muddy Sea” and “Skimask” see Lean at his most braggadocious with perfectly executed percussion. “Fallen Demon” and “Salute / Pacman” allows Lean to be at his most lyrically and vocally versatile riding beats that shift from subtle to lucious synths.

The album is capped with “Agony” and “Yellowman” which serve as the pinnacle of his career. “Agony” immediately sticks out, with only a melancholy piano backing Lean’s lamenting lyrics about his career (“can’t write a song only do hooks”) and mental health (“When I’m afraid I lose my mind/It’s fine it happens all the time”). The album’s only feature, an Icelandic children’s choir, enters at the end and is absolutely beautiful. “Yellowman” references “The King in Yellow”, a play in a series of short stories that makes the viewer have visions and become mad. Lean draws off the parallel to his own life exclaiming, “Shadows with me where I go/Bag over my face freakshow” but also shows his perseverence saying, “But not today, want to fade away/But I keep going everyday”. The track builds and builds on itself, with Lean amping up his delivery with it. The outro is dreamy, with an autotuned Lean emulating Kanye West’s vocorder performance on “Runaway”. He has turned his demons (outlined in this wonderful Fader profile) into something beautiful.

Hip-hop is ever evolving, while still staying the same. In a year that was saturated with trap beats, Stranger was refreshing. Yung Lean is not trying to be everyone else. He has created a wonderful work at a time of personal healing while unashamedly embracing himself and spilling his feelings. Yung Lean is here to stay and I am thrilled to see where he goes from here.