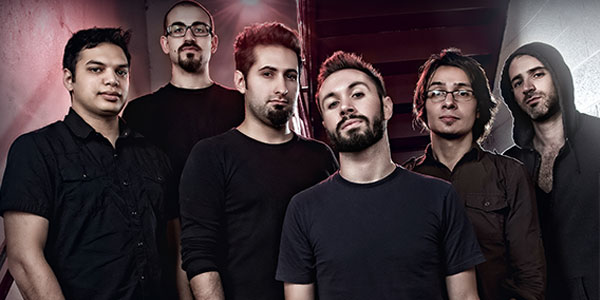 Periphery will be melting faces at Exit/In (not Rand) tonight. Doors open at 7pm.

For those of you there on that fateful afternoon in Rand almost two years ago, you remember it as one of the oddest sensory juxtapositions in your Vanderbilt career.

It was, at first, an ordinary lunch hour for the students in our campus dining hall.  Some were studying, their laptops and notebooks strewn about, taking up four-person tables all by themselves.  Others were casually munching on their Randwiches and “gourmet” Chef James meals and chatting with friends.  Many were multitasking.

Then, the music started.  At first, it was just a rush of distortion in the background, barely registering in ears so unaccustomed to hearing it.  But it soon became clear that this was no mere technical accident.  The speakers in Rand were playing metal–replete with screams and growls of vocals and guitars and lacking any consistent melody or rhythm.

The complaints soon rolled in via Overheard at Vanderbilt, Facebook statuses, and tweets.  Before long, someone cared enough to walk down to the Sarratt Box Office and ask that the music be changed.  The response was immediate and comprehensive; the metal was sent back down into its dungeon home, and the WRVU DJ who was spinning the abhorrent tunes was relegated to a weeknight 10pm slot so his tastes wouldn’t be forced upon the Vanderbilt student body.

That DJ is one of my close friends, and he and I will be reveling together in some glorious metal music played by Periphery and three other bands at Exit/In tonight.

As a musician, I’ve always been drawn to the technical aspects of metal, and Periphery–which features five incredibly skilled instrumentalists and a singer with a four-octave range–gets me real excited.  They’re among the pioneers of djent, a subgenre of metal that uses detuned guitars and polyrhythms and is built around melodic riffs and singing.  The relative lack of screaming makes the music more accessible to listeners who prefer their lyrics sung; there won’t be McCartney-esque hooks, but the casual music fan won’t immediately reject Periphery.

On this tour, dubbed “Escape from the Studio” (the band has been in the process of recording their forthcoming LP Juggernaut), Periphery will be playing material that stems mostly from their second album, Periphery II: This Time It’s Personal.  The album has been hailed as one of the best albums for guitar in recent years and paved the way for djent’s growth as a genre.   The music also incorporates delicate electronic elements and melodies, and vocalist Spencer Sotelo showcases his tremendous versatility; his sound varies from Bruce Dickinson-range highs to traditional death metal growls, with a crystalline pop-punk tone prevailing over the middle of his range.  Highlights include “Scarlet,” “Ragnarok,” and “MAKE TOTAL DESTROY.”

Alas, up to this point on the tour Periphery has not been performing any tracks from their 2014 hybrid EP-LP Clear, a fascinating project featuring seven tracks: one written and creatively directed by each of the band’s six members, and an opening overture containing themes from each song.  It’s a really cool view into the influences from which each musician has learned, and what he brings to the band.  Pink Floyd did something similar on their 1969 release Ummagumma, although Periphery obviously has quite a different sound.  I’m disappointed that concertgoers at Exit/In tonight likely won’t get to hear anything from Clear; it indicates a strong forward progression in the band’s sound, particularly in its songwriting, which has become catchier and more thoughtful in its lyrics.

If you’re among those who would have complained about the music that day in Rand, perhaps you need exposure to that which disturbs you to discover that it has many redeeming qualities.  Periphery is highly accessible as metal goes, and they put on a hell of a show.  Doors open at 7pm and there are three opening acts, including notable progressive metal outfit The Contortionist.  Come on out; you’ll be surprised at what you hear.