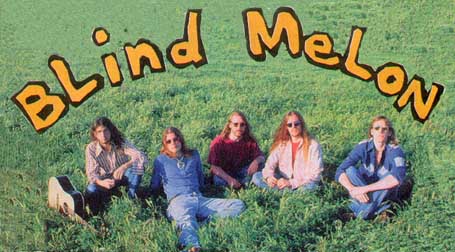 On this day nineteen years ago, four of Blind Melon’s five members woke up expecting to play a show that night at Tipitina’s in New Orleans.  The fifth, lead vocalist and chief songwriter Shannon Hoon, never awoke.  He had died of a cocaine overdose at age 28.  Today, to honor Hoon’s memory, I’d like to take a look at Blind Melon, a terribly under-appreciated member of the grunge pantheon.

They were among the myriad bands who rode the post-Nevermind wave of grunge to fame; today, they are chiefly remembered for their desolately cheerful single “No Rain” and its accompanying music video.  Within the greater scope of their genre, though, they were able to separate themselves from the Seattle-dominated soundscape of early ’90s alternative rock.  Three of the band’s members hailed from Mississippi, and a corresponding delta blues influence underlies the dominant riffs of their 1992 eponymous debut.  The feel of the album is decidedly southern rock, albeit within the grunge paradigm; there’s at least as much Marshall Tucker as Pearl Jam wrapped up in its thirteen tracks, and this combination is particularly salient on “Change” and “No Rain,” two of the band’s most successful songs.  There’s also a tinge of psychedelia tossed in, as evidenced by the prevailing happy chord progressions, occasional erratic time changes, and a greater use of guitar effects and instrumental variety than would be expected of the era–check out the sitar and backwards guitar on “Sleepyhouse” and the mandolin on “Change” and “Holyman.”

Soaring over it all are Hoon’s drawling vocals, spouting drug-laced, introspective lyrics over the dreamy veneer of the music.  He takes the growl of Eddie Vedder and, by transposing it up a few notes, gives it a classic southern-rock feel.  The overall impression is of a man struggling with his inner demons to see the beauty in the natural world, and attempting to fit in with its fast-moving currents–a task at which Blind Melon was undoubtedly succeeding musically, but which might have made the drug-addicted Hoon uncomfortable.  He had been in and out of rehab several times before finally succumbing to his habit on this day in 1995.

Clearly, “No Rain” has stood the test of time.  The music video, starring Heather DeLouch as the “Bee Girl,” has been acknowledged as a beautiful piece of art, and the song itself still sees airplay on alternative stations around the country.  But I think there’s more to Blind Melon’s legacy than four minutes of beauty.  With the 2000s’ onset, there came a strong movement of new alternative rock bands from the South, such as the Kings of Leon, the Black Keys, and Cage the Elephant.  These bands have all successfully integrated of traditional bluesy southern rock into the stripped-down sound that has dominated mainstream rock for the past twenty-five years, a task Blind Melon had achieved to some degree a decade earlier–if anything, the trend toward rawer production has only continued in the direction it was set in the early ’90s.  In the unabashedly southern drawls of these bands’ singers, I hear the echo of Shannon Hoon.  Perhaps it’s merely a subconscious influence, but I have no doubt that to some extent Blind Melon dictated the path that modern rock bands from the South would take for the next twenty years.

I’ll leave that debate up to history.  In the mean time, we can all take a moment today to pay our respects to Shannon Hoon, the promising young songwriter and vocalist who had the bad sense to die at age 28 instead of 27, as so many other legends did.  Check out the “No Rain” music video below; it’ll put a smile on your face.