Rites of Spring began in the 1960’s with the goal to connect students to the greater Nashville community.  The festival is put on by Music Group, a branch of Vanderbilt Programming Board.  While many universities hold on-campus music festivals, Rites of Spring is unique due to the major acts that have graced the stage as well as the festival being open to the Nashville community.  Some of these acts include Red Hot Chili Peppers (1989), Phoenix (2005), Spoon (2008), Drake (2010), and many more you can see here.  This year Rites will be held April 20th and 21st and tickets are available at Sarratt Cinema or online.  While there is still one more act to be announced (hopefully an alternative act since that genre is still lacking), the line-up already features a variety of acts from all different corners of the music scene. 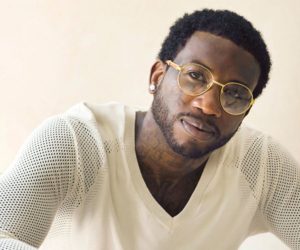 The first headliner to be announced was Gucci Mane, one of the forefathers of trap music.  Gucci first put himself out there with his debut Str8 Drop Records Presents Gucci Mane La Flare in 2001.  During this time, Gucci branded himself as a drug dealer on the street while aspiring to be a professional rapper.  His crimes caught up with him in 2014 when he was put in federal prison, forcing him to reevaluate his dream of becoming a mainstream rapper.  While in prison, Gucci wrote music, an autobiography, and planned a rebirth after his release.  After this trying experience, Gucci returned to the music scene, serious and re-inspired, dropping “First Day Out the Feds” his first day being released.  Just few days ago he released a single featuring himself, A$AP Rocky, and 21 Savage. 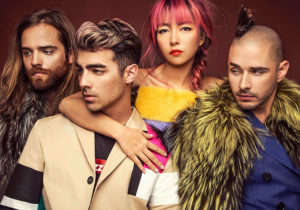 Joe Jonas’ post-Jonas Brothers break-up project began in the summer of 2015.  The drummer, Jack Lawless, was previously in the Jonas Brothers as well and was collaborating as a duo with Joe Jonas up until that point.  The two of them recruited JinJoo Lee (previously with Charlie XCX) and Cole Whittle (from Semi Precious Weapons) to create DNCE, a play on the word “dance” (if it wasn’t obvious).  DNCE rose to stardom after releasing one of the biggest hits of 2016, “Cake by the Ocean.”  The band is inspired by an eclectic mix of artists ranging from Earth, Wind, and Fire to Weezer to Bee Gees.  The group’s full length 2016 album received positive reviews from critics and fans alike. 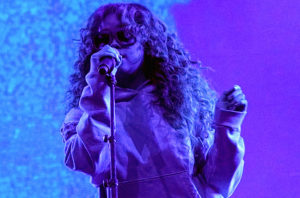 When H.E.R. released her debut track through RCA in 2015, there was one condition, the R&B artist’s identity would remain a secret.  The anonymity was to give H.E.R. the freedom to explore her music on her own terms, a practice that paid off with the incredible positive feedback for “H.E.R., Vol. 1.”  Despite her youth and mystique, H.E.R. has been featured on tracks with major artists such as Daniel Caesar (“Best Part”) and Drake (“Jungle”).  H.E.R. has been praised for bringing back genuine R&B to mainstream music, most notably with her 2017 full-length album H.E.R.  Check out her most recent 2018 single “My Song.” 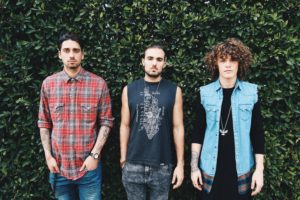 Cheat Codes is an EDM, producer (DJ) trio based out of Los Angeles.  The group rose to stardom with the release of their 2016 hit “Sex” which features catchy samples from Salt-n-Pepa’s “Let’s Talk About Sex.”  In 2017, they released a number of popular collaborations with big name artists such as Demi Lovato and Fetty Wap.  While relatively new to the music scene, they already have a repertoire of dance anthems and fun remixes. 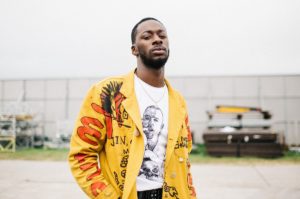 GoldLink came on the rap scene in 2014 with the release of his debut mixtape, The God Complex, which received high praise from fans and critics alike.  His debut studio album was eventually released last year, At What Cost, with the lead single “Crew” reaching #45 on the Billboard Hot 100 chart.  Despite being in the rap genre, GoldLink’s music features R&B, jazz, funk, Latin, and African influences, creating music that is a blend of all genres and reflecting personal connections to GoldLink’s life.  He hopes to create the signature sound of DMV, an area that inspires much of his music which you can read about here. 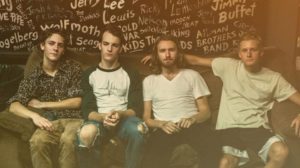 Rites of Spring will also be featuring a local, student band, indie rock group Born Animal.  The group is made up of Ryan Stowe, Stephen Luther, Evan Miranda, and Sean Rossettie, long-time friends and now bandmates.  Born Animal’s most recent release, Celebration Revolution, was up on Spotify December 2017.

To preview your favorite acts, check out this (way too long) Spotify playlist: